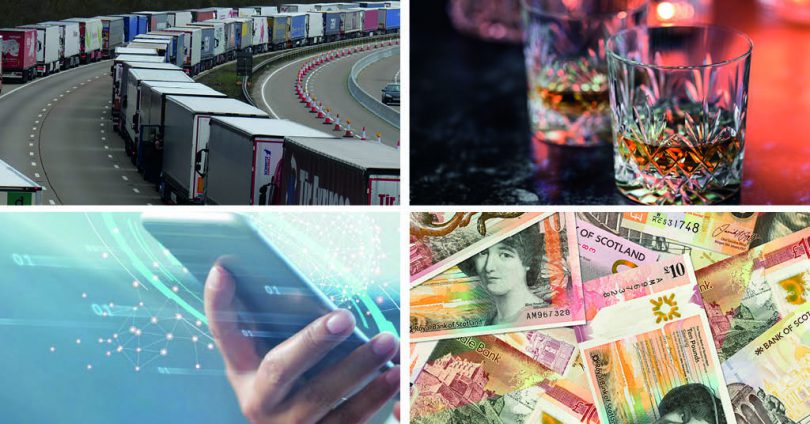 While we’ve all been concentrating on the easing of Covid restrictions the dire effects of Brexit are continuing to damage the economy and are showing no signs of receding.

In fact there are clear signs that the UK government, after bringing about border chaos since January though a trade deal which is not fit for purpose, expect little let up.

Emergency lorry traffic controls designed to prevent post-Brexit disruption at the port of Dover are to have their “sunset clauses” removed, meaning they will remain in force for the foreseeable future.

The move is a clear sign that the UK government expect the border problems to persist longer than originally expected.

Traffic reconfiguration to the M20 will be able to continue past its current October 31 deadline once the changes have been made law.

The Department for Transport has tried to deflect attention from Brexit by insisting the change was not only related to Britain’s exit from the European Union but could now be used to respond to “any type of traffic disruption in the area”.

But there is no doubt that the traffic management measures were introduced in Kent because of fears that Brexit could lead to disruption for cross-Channel trade. Those fears certainly proved justified.

The whisky export sector was worst hit in the first three months of the year when exports dropped by £135.9million compared to those in 2019

Analysis from the House of Commons library shows UK exports of whiskies to the EU were £105.7million lower in January-May 2021 when compared to the same period in 2019.

The figures show the sector was worst hit in the first three months of the year when exports dropped by £135.9million compared to those in 2019.

SNP MP for Argyll and Bute, Brendan O’Hara, has blamed leaving the EU for playing a key role in the drop in exports. He said: “All in all the losses to Scotch whisky exports have been eye-watering, as a result of a Tory Brexit and the UK government’s lack of action over the US tariffs – it is beyond time the UK government made amends for this.

New and upgrading customers of Vodaphone and EE will be charged at least £1 a day to use their mobile phone in EU destinations on several tariffs.

Vodafone recently followed EE in imposing the charges. All operators initially said they would not reintroduce a roaming charge after Brexit, despite having the option to.

When the EU trade deal was signed in December 2020, it opened the door to users being charged when travelling in Europe

The rules will change for new and upgrading customers from today, although the charges will not apply until January. Since 2017, UK consumers have, within reason, been able to use their mobile-phone tariffs – calls, texts and data – as freely in the EU as at home.

But when the EU trade deal was signed in December 2020, it opened the door to users being charged when travelling in Europe.

Independence supporters may remember that the UK government claimed Scots would face mobile roaming charges if they visited England after a Yes vote in the 2014 referendum.

The claim was soon proved to be nonsense. In fact EU rules pushed down roaming charges in 2013. But Brexit IS pushing the charges up.

It’s not only Scotland that is finding the effects of Brexit to be crippling.  The chief executive of the North East Chamber of Commerce is furious that his plea to Boris Johnson to act on “damage being done to our economy” by Brexit has gone unanswered for weeks.

James Ramsbotham wrote to the Prime Minister:  “Damaging the ability of businesses who create wealth for our nation will make this country so much poorer. To do so when we are striving to recover from the pandemic, with all of its resulting debt, will burden this nation for decades.”