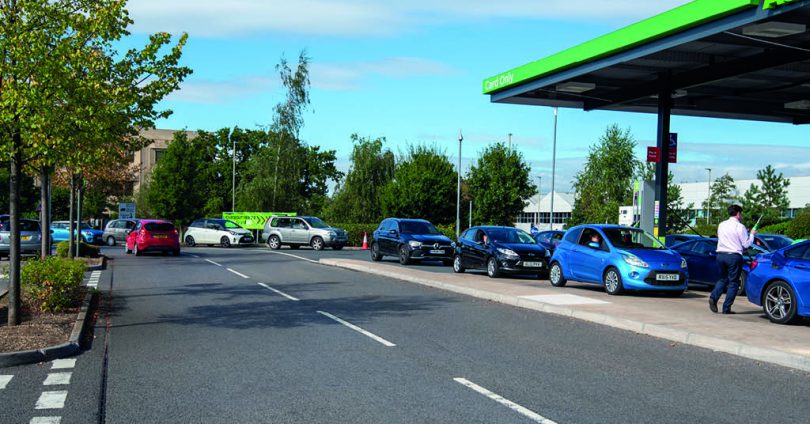 As petrol stations are running out of supplies all over the UK Westminster government ministers are desperate to blame anything other than Brexit.

The most recent scapegoat is the Road Haulage Association [RHA], accused yesterday by Boris Johnson’s transport secretary Grant Shapps of encouraging panic buying at petrol stations by leaking details of a private meeting on supply problems. 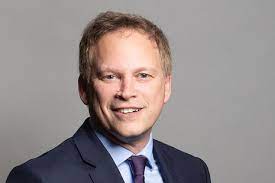 The RHA has dismissed the claims as utterly false. Rod McKenzie, the organisation’s policy director, said the suggestion he briefed the media was completely untrue. He said: ‘’I was not in the meeting. I was not briefed about the meeting afterwards. I certainly didn’t brief any journalists about the meeting, about which I knew nothing.’’

The row comes amid reports that half the petrol stations in the UK had run out of petrol. Petrol stations in Scotland have reported queues forming amid fears of shortages. Retailers are warning panic buying could see petrol pumps running dry.

The EG group has imposed a £30 limit on petrol sales  because of unprecedented demand, saying rationing would ‘’give all our customers a fair chance to refuel’’. More than a dozen garages in Glasgow, Edinburgh, Aberdeen and Dundee are affected.

The panic buying was sparked by petrol stations having trouble getting deliveries because of the shortage of HGV drivers which has disrupted supplies of food and goods. Retail bosses have told the UK government it has 10 days to act or Christmas deliveries will be affected.

Grant Shapps has now said he would allow 10,500 workers into the UK on temporary visas. He said 5,000 HGV fuel tanker and food lorry drivers could stay in the UK until December 24. The government – and particularly UK home secretary Priti Patel – had been strongly opposed to emergency visas.

The desperate U-turn has been dismissed as not enough by business leaders. They want a wider relaxation  of immigration restrictions. They fear the visas by themselves won’t attract enough drivers to come to the UK.

We have a desperate shortage of lorry drivers and we need to sort it out. The idea that Brexit has helped us in some way defies logic

Mr Shapp’s attempt to divert blame for the crisis on the RHA is just the latest bid to cover up the real cause of the lorry driver shortage … Brexit. The transport secretary’s dismissal of Brexit as a cause – and his claim that it had helped alleviate the shortage –  had been challenged by:

The UK government can deny it all it wants but it remains undeniable that Brexit is behind the lorry drivers shortage, just as it decimated Scotland’s exports industry to the EU.

Some opponents of Scottish independence have even tried to use the chaos caused by Brexit as an example of why Scotland must remain in the Union. The truth is now undeniable: Brexit has been a disaster; the problems have entirely been caused by the British government’s incompetence and intransigence; those problems could have been avoided if Boris Johnson had listened to alternative plans put forward by the Scottish government; the ONLY way Scotland can escape the terrible fall-out from Brexit is to vote for independence.