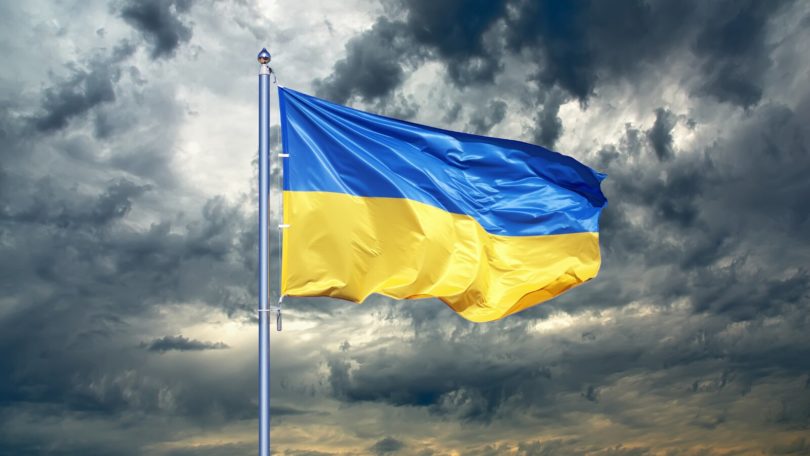 As Ukrainians are forced to flee, Brexit Britain has failed to step up to the plate. While EU countries are welcoming Ukrainian refugees with a three-year visa-free asylum policy, the UK’s Border Force is turning them back. They have been told to seek admission by applying for seasonal work.  Even the parents of adults resident in the UK are not being admitted under current policies.  Scotland’s borders are policed by the UK Home Office so it can’t diverge from this stance.

Brexit has created a country with a new identity. The UK emerged from its 40-year membership of the EU with a vision and core values that Scotland rejected.  One of post-Brexit Britain’s guiding principles is hostility to immigrants. Another is the creed, set out in the Internal Markets Act, that Britain is one country ruled by Westminster and that the devolved Parliaments have no sovereignty.

Scots who think their country should once again be part of a strong European Union which has helped foster peace and unity across much of the continent for half a century should support independence.  No Unionist party is now pursuing EU membership. Even the Liberal Democrats have dialed down their commitment to rejoining the EU in a bid to target ‘Leave’ areas of England in the next general election.

Westminster is now very far from being in close communication with the EU – there was a meeting of EU Foreign Ministers in Brussels yesterday to which Liz Truss was obviously not invited. UK Government Ministers rarely mention the EU, preferring to talk about NATO. The UK is not part of unanimous EU agreements on sanctions. The sanctions the UK Government announced when Russian troops entered Ukraine were extraordinarily weak and “disappointing”.  Because the Conservative Government has repeatedly failed to pass the Economic Crimes Bill, the UK authorities don’t even have the capacity to effectively regulate money flowing through the city of London.

The work of accommodation and supporting millions of refugees is being undertaken by EU countries without British help. Imposing sanctions in a way that causes more damage to the Russian war machine than to European citizens has also been carried out largely within the EU Council. The EU is working closely with the US.  Britain is largely excluded from high-level meetings – the new country that Brexit created has a trust gap with international partners, in part due to the bad faith over its agreement on Northern Ireland.

Former Lib Dem MEP for South East England Antony Hook tweeted: “This week I feel the UK’s absence from the EU worst of all. Worse than the harm Brexit has done to our economy. Brits should be there in the European Parliament, in the European Commission, and especially the European Council, arguing and voting for the toughest action against Russia.” (This is somewhat ironic, given his Party’s recent decision to step away from rejoining the EU).

Leaving the EU has caused demonstrable harm to Scotland’s economy, with exports badly affected. The agriculture, health and social care and hospitality sectors have struggled without EU workers. A report last week revealed a two-thirds increase in customs duty paid last year, due to new red tape. But there is also damage that is harder to quantify in purely monetary terms.

This week, academic thinktank the Economics Observatory produced a report on Scotland’s future. It argued:

“The 2016 EU referendum not only resulted in major constitutional changes to the UK’s relationship with the EU but also to some seismic changes in its geo-economic relations with the rest of the world.

“As with the referendum on Scottish independence, the economic arguments were largely predicated on mainstream economic modeling exercises of either the positive or negative effects expected. Again, these failed to take account of what we would term the broader political economy of Brexit – the political, social, cultural, and institutional dynamics surrounding the UK’s departure from the EU, and its subsequent relations both internally and with the rest of the world.”

One particularly sensitive issue for many Scots in being part of the new post-Brexit UK and a vision of the country that they do not share has been evident in recent days. One reason for Brexit was to end freedom of movement and allow the Government to create a more hostile environment for immigrants.

Now, Scots have to stand and watch while a UK Government which their country overwhelmingly rejected at the polls, imposing a new Brexit Britain identity which they do not share,  forbids almost all Ukrainians from seeking refuge here.  Last week, Holyrood refused to consent to draconian new anti-refugee powers – but Westminster has given itself new powers to override devolution and will press ahead regardless.

The Nationality and Borders Bill makes arriving in the UK “without permission” a criminal offence, punishable up to four years in prison, which would apply equally to asylum seekers of all nationalities including Ukrainians.

On Twitter, Euan Andersson, who describes himself as “ a No voter let down by UK Gov promises” tweeted: “

The UK Govt is refusing visas for Ukraine refugees. Let’s protest #Scotland and #Wales – this is a disgrace and is another example of why #UKUnion needs to end!”

The UK Government is once again marching tackety boots over Scotland’s democratically elected Parliament. It is refusing to open doors to Ukrainian refugees and at the same time pressing forward with inhumane laws to jail any that get through, ignoring the fact Holyrood has refused its consent.

In doing this, Westminster sees itself as within its rights to stick with the core values that led to the creation of post-Brexit Britain. If Scotland wants to reject that vision, it cannot do so without leaving the Union.

An independent Scotland back in the EU would be part of the important negotiations that are going on right now, about how to defend against Russia, and how to accommodate and support millions of refugees. Our representatives could be part of the discussion and agree on the best way to deal with what is the biggest threat to peace and security in Europe in our lifetimes.