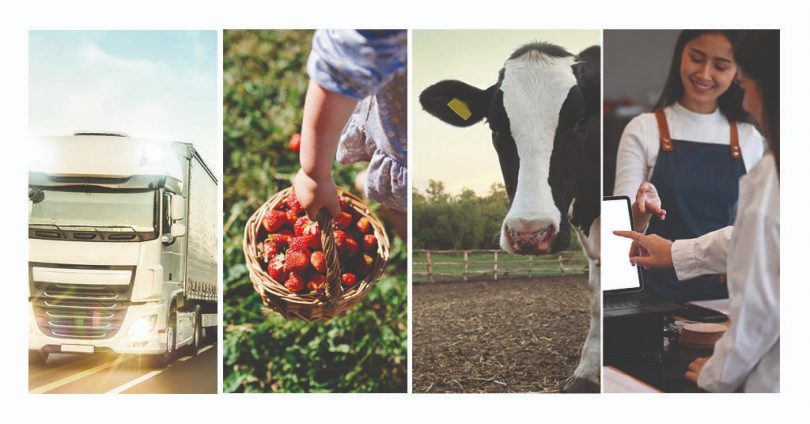 Warnings that Brexit would drastically reduce the number of seasonal workers coming to Scotland from Europe have proved disastrously true.

A growing number of industries have warned they face serious problems throughout the first summer season since Boris Johnson’s post Brexit EU trade ‘deal’ kicked in and the free movement of people ended.

Haulage: The haulage industry  has struggled to recruit enough new drivers for the past few years … but Brexit, combined with Covid, has made matters very much worse.

Scotland has had a deficit of around 11,000 drivers and Scotland director of the Royal Haulage Association (RHA) Martin Reid has said that the problem has recently been seriously exacerbated..

“For a long time, we have been running short of the numbers required for haulage drivers, so throwing Covid-19, Brexit and recent tax procedures into the mix has created a perfect storm,” said Mr Reid recently.

In a letter to UK Transport Secretary Grant Shapps, the RHA warned that a growing driver shortage could hit supply to shops and businesses, raise prices and affect plans to ‘build back better’ as hospitality opens up again. 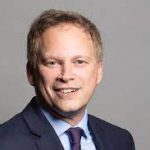 The letter  read: “If we do not do something soon the industry will be unable to maintain the integrated supply chains and cope with artificial spikes caused by hot weather and the easing of lockdown, increasing demand for food and drink into supermarkets, pubs and restaurants and goods into retail outlets.”

The Home Office has unhelpfully suggested employers should be focusing on increasing a domestic workforce, rather than ‘relying on labour from abroad’.

Mr Reid described that Home Office comment as ‘’lazy’’. He said that RHA has taken on 200 apprentices in Scotland in the last year, but that the UK government needs to take action now to address shortages.

Meat processing: The president of the Scottish Association of Meat Wholesalers (SAMW) Alan McNaughton has said difficulties sourcing workers from abroad following Brexit were putting processing plants under strain around the country.

He said member companies were already suffering a 10-12 per cent shortfall in staffing levels, and faced considerable difficulties filling vacancies.

“Coinciding with a sudden burst of hot weather, which sent the demand for BBQ products ‘through the roof’, labour shortages are adding stress to the industry at a time when we are all seeking to recover from the impact of Covid-19 lockdowns and related regulations,” said Mr McNaughton.

“Our assessment is that current labour issues are linked to the upheaval caused by the changes affecting EU workers since January 1 this year.”

Fruit picking: Fears are widespread that fruit and vegetables could be left to rot in fields due to a lack of seasonal workers in the wake of Brexit.

The National Farmers Union Scotland says fields of flowers have already gone to waste due to the shortage and there are now not enough pickers available to harvest Scotland’s valuable fruit and vegetable crops.

The chair of NFU Scotland’s horticultural working group, Fife soft fruit and vegetable farmer Iain Brown, said last week that the industry was in danger of shrinking if sufficient labour could not be found.

“We are approaching peak season for Scotland’s soft fruit and vegetables and there is the potential that a shortfall in availability of seasonal workers will see crops go unpicked and left to rot in the field,” he said. “That is a genuine fear based on experience.”

Mr Brown said that soft fruit in particular had been a “success story of the Scottish economy” but warned that getting crops picked this summer ‘’will be a challenge”.

He said it was possible the industry could be 1500 workers short of the 10,000 needed each year to help gather in, pack and process Scotland’s high quality, high value soft fruit and vegetables. The visa many migrant workers now need to work here costs £244,  before taking into account travelling costs.

Hospitality:  Scottish hotels and restaurants are among those badly affected by staff shortages in the UK, said Kate Nicholls, chief executive of the trade body UKHospitality.

After Brexit, the industry has experienced an exodus of EU nationals, and during the pandemic many workers have sought alternative work.

The dearth of hospitality workers – from cleaners to chefs – is forcing many businesses to limit how many people they allow through the door, Ms Nicholls said.

Marc Crothall, chief executive of the Scottish Tourism Alliance, has said there are destinations and venues in high demand which are unable  to open on a seven-day basis. ‘’We just don’t have the population level needed to service demand, particularly in rural parts.”