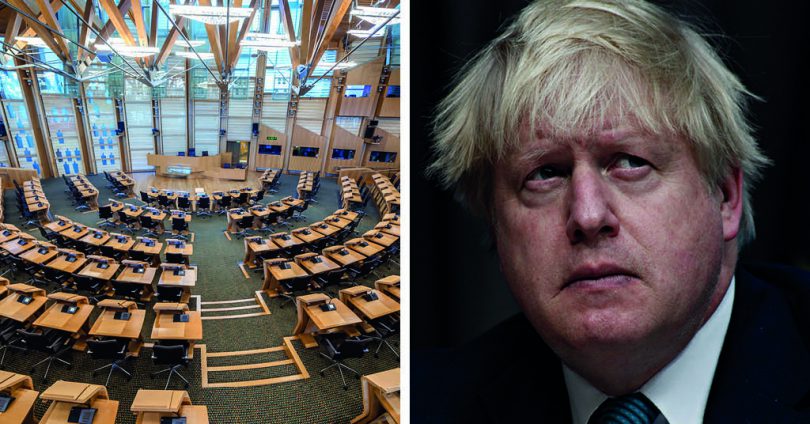 We should now be under no illusion about the consequences of remaining within a relationship with the UK which is growing ever more toxic.

Now more than ever we must realise the case for Scotland’s independence is not simply pitting the prospect of a country in charge of its own future against the status quo.

Boris Johnson isn’t interested in the status quo. Not only does he want to roll back the powers of the Scottish parliament he wants to dump that parliament altogether.

How do we know this? Because his former chief adviser Dominic Cummings confirmed to the National newspaper that the Prime Minister would reverse devolution given half the chance.

We had, of course, suspected as much but it is still unsettling to see his antipathy towards Holyrood spelled out in such stark terms. 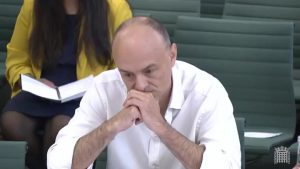 Cummings described his former boss as an ‘’unthinking nationalist’’ who believes devolution and the Scottish parliament are a disaster and would like to scrap them.

This isn’t simply an academic argument. Johnson’s Westminster government has the power to strip the Scottish parliament of the ability to properly function. Indeed it has been working to do exactly that, as well as to undermine its standing in the eyes of the Scottish people by diverting significant spending powers to Westminster.

Johnson has form here. Last year it was widely reported that he had described devolution as a disaster in a Zoom call to Tory MPs in the north of England. He quickly tried to portray his comments as a criticism of how the SNP had handled devolution rather than of the principle itself.

But these latest claims by Dominic Cummings reveal that claim for the lie it was. The truth is that Johnson has been busy working against the Scottish parliament and devolution since he came to power in July 2019.

Most recently he moved to make sure powers coming back from Europe after Brexit on state aid and spending on areas such as infrastructure went to London rather than Holyrood.

Such actions amount to nothing less than an all-out attack on the Scottish and Welsh parliaments and a bid to dismantle devolution by stealth.

Both those governments agree with that analysis. The SNP’s Westminster leader Ian Blackford accused Johnson of ‘’creating a rogue state, one where the rule of law does not apply’’.

And the Welsh Labour First Minister Mark Drakeford said last week that the Prime Minister’s ‘’aggressive unilateralism’’ was threatening to tear the union apart and there was little sign that Westminster was remotely bothered.

Devolution, of course,  does not give Scotland the full powers it needs to thrive in the modern world. That doesn’t mean we should stand idly by while the limited powers we do have are snatched away.

It is obvious now that Boris Johnson does not believe in democracy.

We believe Scotland has the right to have its say on its constitutional future and, when it is given that say, will vote for independence.

It is obvious now that Boris Johnson does not believe in democracy. He wants to dismantle devolution, which was overwhelmingly voted for by the Scottish people

It is obvious now that Boris Johnson does not believe in democracy. He is standing in the way of a second independence referendum in spite of pro-independence parties winning a series of mandates to hold such a vote.

He wants to dismantle devolution, which was overwhelmingly voted for by the Scottish people in the 1997 referendum.

He denigrates and wants to dismiss the democratic decisions of Scotland, which has voted for a majority of pro-independence MSPs and MPs in successive elections.

It is obvious now that Westminster’s alternative to independence is not the status quo but the erosion of democracy and the diminution of the Scottish parliament. Boris Johnson’s arrogant contempt for Scotland, its elected representatives and its institutions has been laid bare for all to see.

There is only one proper response: to campaign for and win our independence from a UK which has no interest in representing our wishes and which very obviously does not have our best interests at heart.