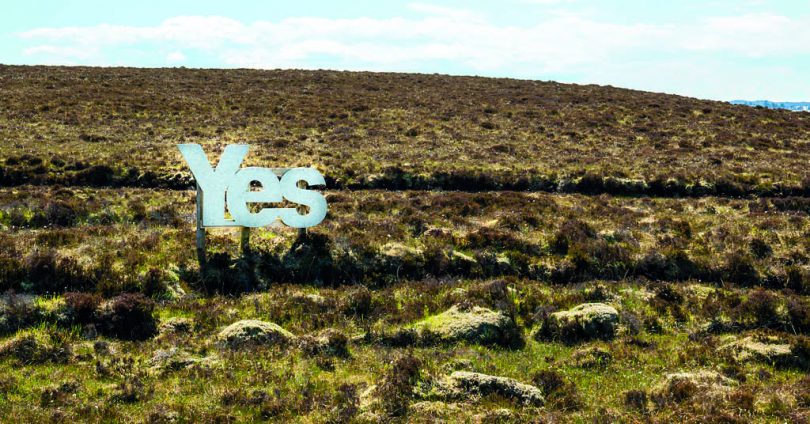 UK Prime Minister Boris Johnson could well change his mind on his bid to stand against a second referendum on Scottish independence, the former Labour leader Jeremy Corbyn has said.

“Boris has so far said that he is opposed to another referendum in Scotland, but he may change his mind … he changes his mind on loads of things frequently,” Mr Corbyn said today in an interview with the Catalan News Agency (ANC) in Barcelona.

The debate around Scotland’s independence has been regularly trending on social media as the world’s attention is turning to the country as Glasgow prepares to host next month’s historic climate change conference COP26.

With the Scottish government committed to holding a second independence referendum during the current parliamentary term – and preferably before the end of 2023 – Westminster’s bid to block the vote is looking increasingly ridiculous.

Boris Johnson continues to refuse to grant the section 30 agreement which would allow the vote to go ahead on exactly the same basis as the first independence referendum in 2014.

But that certainly doesn’t mean the vote will not go ahead. In recent months a variety of arguments have emerged which suggests the UK government’s opposition to indyref2 will not withstand the pressure it is now under.

The SNP won the Scottish elections in May with an election manifesto commitment to hold a second referendum in the current parliamentary term and preferably before the end of 2023. The party won the election with 64 MSPS, just one short of a majority with a voting system designed to make it almost impossible for a single party to win a majority.

Since the election the SNP has sealed a power sharing agreement with the Scottish Greens, who also support holding a referendum on independence preferably before 2023.

That means the UK government is refusing to recognise the views of a majority Scottish government formed by two partners who expressly backed indyref2 in their manifestos. It simply cannot pretend that the UK is a democratic state if it continues to attempt to block such a vote.

The Good Friday agreement has already laid down a template for United Kingdom members seeking a new constitutional arrangement.

The 1998 agreement specifically sanctions votes in Northern Ireland on border polls so long as a majority of voters back it and each poll is at least seven years apart.

Scottish voters have shown their support for indyref2 by electing a majority government which backs holding the vote. And the seven-year condition was fulfilled in 2021.

There is no reason why the Good Friday template should apply in Northern Ireland but not in Scotland.

3: The ”Call a referendum anyway’’ argument

When the Scottish government unveiled its route to independence in January it argued that it had already passed two bills which would allow indyref2 to go ahead.

The Referendums (Scotland) Bill, which became law on January 29, 2020, and the Scottish Elections (Franchise and Representation) Bill, passed in February last year and given Royal Assent that April, set out the general rules for any referendums to be held in Scotland.

Michal Russell, then Cabinet Secretary for the Constitution, Europe and External Affairs, said in January this year that only a further short bill would be required to complete the ‘’legislative preparations’’ for a second independence referendum.

Mr Russell said that the SNP’s proposition in the Scottish election would be to hold indyref2 if there was a parliamentary majority to do so.

The UK government would then have the choice of agreeing a section 30 order or seeking to block the referendum in the courts. Such a legal challenge would be ‘’vigorously opposed’’ by the Scottish government, he added.

4: The problems for the UK government if it legally challenges indyref2

These problems were outlined last month by Professor Ciaran Martin, one of the architects of the Edinburgh Agreement which paved the way of indyref1 and the former constitution director at the Cabinet Office.

He said even if the Scottish government lost its court battle over its right to hold the referendum without a Westminster section 30 order it would still make the vote more likely.

He said: “The theatre and substance of a court wrangle may work in their [the Scottish government’s] favour. The UK Government will have to make very awkward arguments, such as that Scotland’s not really a nation with a right to self-determination.

“Something I heard time and again from convinced Unionists in Scotland is that they would vote passionately and campaign passionately to stay in the Union, but if anyone ever told them in all seriousness that Scotland had no right to leave, then that would be a different matter.

“The legal arguments will be that Scotland does not have the right to leave the United Kingdom if Westminster does not wish it to be so. It may be that that’s quite strong medicine for some Scottish voters.”