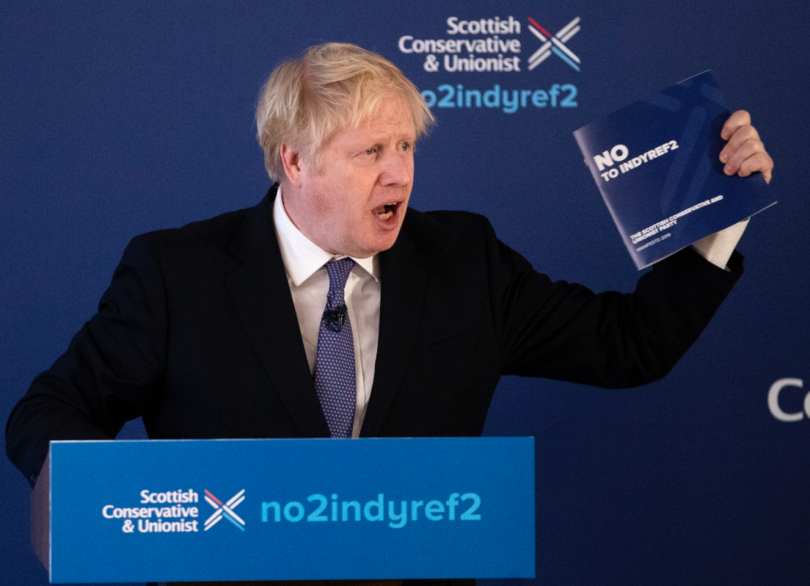 The Liberal Democrats had the opportunity of a lifetime to do well and maybe even hold the balance of power in GE 2019. Their stars were aligned but they threw it all away by committing the biggest and most basic error in politics. They adopted an idea that had majority support (stopping Brexit) but they turned it into an undemocratic policy.

It didn’t matter that the polls were showing that most people would like to stop Brexit. Brexit was voted for as a binary-referendum issue. It was democratically decided (outside Scotland), and so, UK voters felt that to stop Brexit, another binary Leave/Remain choice referendum was required. Therefore, being on the wrong side of democracy hammered the Lib Dems in the election and cost their leader her seat. Being on the right side of democracy in UK politics is fundamental and you pay a heavy price for getting it wrong.

In Scotland, though there is a different democratic conundrum and the Conservatives are now on the wrong side of that.  Having managed to corral the hard-line Leave and Unionist vote by campaigning on a “stop indyref2” manifesto pledge, the Conservatives are locked into saying No to The Scottish Government’s demand for the powers to hold a referendum.  The problem with that is that they only won 10% of the seats with that pledge compared to the SNP, who returned  81% of Scotland MPs, on a  “Scotland’s right to chose” platform.

The SNP are arguing for democracy, not for independence. They are not saying vote for us and we will make Scotland independent. The latter is something many independence supporters may have wanted to hear. However, independence was rejected in a binary Yes/No referendum and even though many promises were broken and Brexit means the Union that Scotland voted to stay part of no longer exists, the people of Scotland, as a whole, will only support overturning the 2014 result in the same democratic way, for now.

Nicola Sturgeon knows that, she knows that she can win the democratic argument and that will then make it easier to win the independence argument. That’s an argument the SNP can’t lose because every time Boris Johnson says no to the right to chose his cause loses support. Being anti-democratic is a bad look in any political season. A large scale poll of 2,032 Scottish voters by Survation for Progress Scotland (Oct 2019) found that 60% accept that there will be an independence referendum before the end of 2021. The writing is on the wall, especially when you consider that the Scottish Government is not asking for a referendum but for the power to hold one at the time of the democratically elected Scottish Parliament’s choosing. That is arguing for the gold standard in a democracy especially when 70% of Scottish voters (excluding don’t knows) believe that The Scottish parliament should control all decisions affecting people in Scotland.

If the tables were turned and Johnson had to defend a call for Scotland to declare independence without a referendum, he would enjoy popular support. Democracy is fundamental to the process, the SNP and the rest of the independence movement must always remember this. It is crucial that every opportunity to use the power of democracy to demonstrate the UK Government’s lack of care for Scotland’s democratic will is exhausted.

Johnson, however, like Swinson, believes his own press and has no advisers that truly understand the politics of Scotland. Although his populous appeal in England can’t be underestimated (Etonian foppish charm doesn’t play so well in Scotland), no one is claiming that he is a deep thinker.  That has allowed the SNP to reap the benefits of being on the right side of democracy which as I pointed out a year ago was their plan all along.

Some independence supporting commentators say there is no chance of a new referendum whilst Johnson keeps saying no. However, the Scottish Government understand that there is only one winner in this scenario and checkmate is coming in in fewer moves than you might think.

Boris Johnson will be the last PM of the UK. Don’t feel sorry for him he’ll probably spin it as a victory for English independence, style himself as the founding father of an independent England and everyone will be happy.