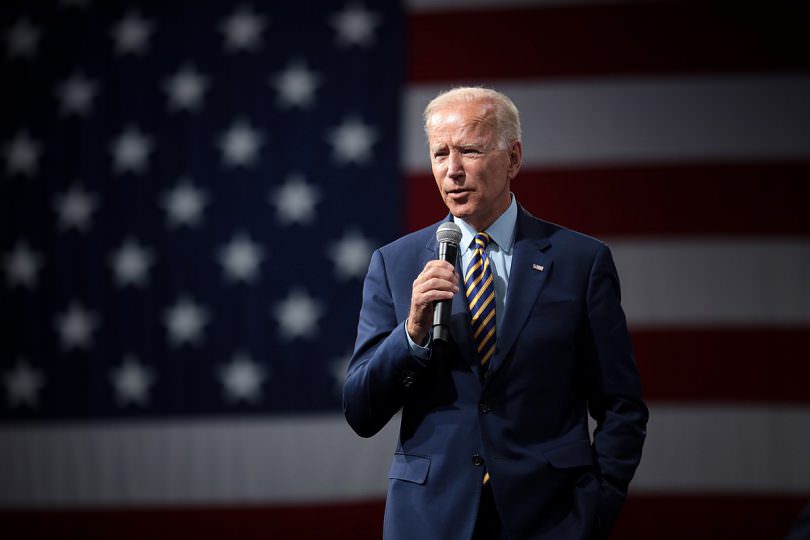 “We can’t allow the Good Friday agreement that brought peace to Northern Ireland to become a casualty of Brexit.

Any trade deal between the US and UK must be contingent upon respect for the agreement and preventing the return of a hard border. Period.”

Joe Biden will be the 46th President of the United States. In September, he made clear his thoughts on Westminster’s Brexit plans and, in particular, their impact on the Good Friday Agreement, giving us a taste of his foreign policy towards Europe now that he has won the Presidential race.

It caused anger among the pro-Brexit faction and, likely, fear of a Biden Presidency. His victory has shifted the balance of power further toward Brussels: diminishing the possibility of mitigating the damage of Brexit through a US-UK emergency trade agreement, as well as relying on Washington’s support to force the EU to make concessions to the UK before January.

While Biden’s Irish ancestry may influence his thinking, the culture of the Democratic Party – which has also just cemented control of the House of Representatives – is the decisive factor here. Historically the party he now leads has been pro-EU in its foreign policy. During Biden’s time as Vice President, the then President Barrack Obama had intervened in the Brexit debate urging the UK not to leave the EU, threatening that the UK would be at the “back of the queue” in any trade deal with the US should it choose Brexit.

While Obama was about to complete his second term and vacate the White House as the Brexit process was unfolding, his expected successor – Hillary Clinton – displayed even greater opposition to Brexit. Her presidency would have created a tough contest for those who had sponsored Brexit in 2016. It appeared that the UK would be unable to rely on its old “special relationship” – which had gone adrift in the Obama years as Washington prioritised relations with Berlin and Paris over London – with the US in negotiations with the EU.

Trump’s victory in November 2016, as unexpected as Brexit in June of that year, reversed Britain’s fortunes in this respect. The Republican party has historically been opposed to increased European integration and prioritised a series of individual relationships in the continent as opposed to the multilateral diplomacy of the Democrats. Republican strategists felt that a united Europe would diminish America’s power and strategic position globally and sought to undermine it, with this Atlantic divide coming to a head during the presidency of Bush Junior. Trump reignited American competition with the EU, making many public statements against the EU, and even creating a European front in his global series of trade wars, while lending support to the May and Johnson governments as they attempted to find a settlement with Brussels.

However, neither May nor Johnson could fully exploit Trump’s time in office to secure a lasting trade agreement with either the EU or with the US. Though it may have been Johnson’s strategy to push this through into the last moments of the Trump presidency, the resource demands of the Covid-19 pandemic destroyed the possibility of this. Instead, the prime minister – alongside his Washington counterpart – had to contend with containing the virus and a bitter recession.

Yet Covid-19 cannot take all the blame for this. The reality is that both May and Johnson squandered time during a period of what now feels like relative stability, and while Washington was on-side.

Johnson has failed in his stewardship of the UK during the pandemic. He has failed to use resources smartly during this crisis. For instance, the political capital spent on policy preparations for a winter wave was on Saturday wasted after the Prime Minister made a last-minute reversal to extend the existing policy framework – the furlough scheme – until December. On Thursday, the UK’s chancellor – Rishi Sunak – announced that the furlough scheme will now be active until March.

Failed preparations to keep the UK open over the winter and reduce support for businesses seemed to have superseded planning for Brexit and a new US President – two events we knew would coincide with the winter wave of Covid-19 infections. Instead, the UK government’s decisions have left the UK more regionally fragmented than ever, and its political and economic fabric weaker than ever, at a time when it faces further shocks to the economy through Brexit.

Westminster will be unable to find refuge in President Biden to the extent that it may have done in a President Trump. As a no-deal Brexit or at best a deal that works for no one now appears more likely, so does the break-up of the UK as a result.