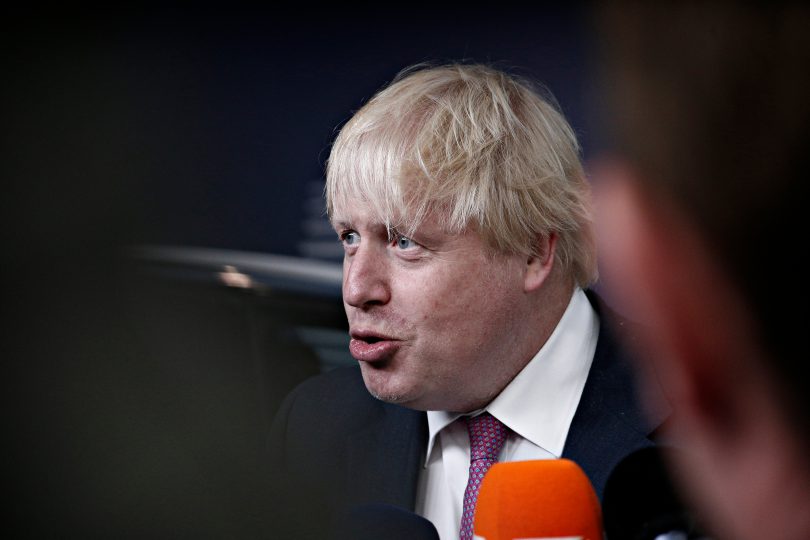 AS the dust settles over the fiasco that is the Tories’ ill-fated Union Unit only one thing looks certain … Michael Gove will play a key role in deciding who will take over as the leader of the organisation set up to counter the rise in support for Scottish independence.

The organisation is spectacularly failing in its mission after losing two leaders within two weeks.

Mr Gove is widely credited with being behind the most recent dramatic departure of Oliver Lewis from the job just a fortnight after being appointed.

Front runner to replace him  is Henry Newman, an ally of Gove, with whom he worked as a special adviser. He’s also a friend of Boris Johnson’s fiancée Carrie  Symonds, a crucial fact in the maze of conflicting loyalties within Downing Street.

Newman was appointed as a senior advisor to the Prime Minister last week, a move which precipitated the departure of Oliver Lewis, who reportedly found it difficult to work with the new arrival.

Luke Graham’s suggestion to reduce the swelling ranks of independence supporters is to suggest ‘’a steely dedication to re-energise the United Kingdom’’. On the subject of how exactly to do this he is unsurprisingly silent

The story of the Union Unit has seen one disaster follow another and reveals both Boris Jonson’s paucity of ideas about how to respond to the appeal of  independence and how unsure his grip is on his own government. 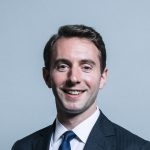 In truth the Union Unit had not really impinged on the public consciousness at all until its leader Luke Graham was unceremoniously sacked and replaced by Oliver Lewis last month.

It would be fair to say that Mr Graham had not shone in the job and his actions since leaving suggest that he has no grasp of the political situation north of the Border.

Certainly launching an attack in an article in the Times yesterday on the ‘’fanatical separatism’’ of the SNP  goes some way to explaining why his political masters had little faith in his ability to win friends and influence people in Scotland.

If you want to win Scots to your side it’s always best not to criticise their voting choices as borderline lunatic.

His suggestion to reduce the swelling ranks of independence supporters is to suggest ‘’a steely dedication to re-energise the United Kingdom’’. On the subject of how exactly to do this he is unsurprisingly silent. Except to say that it’s NOT through federalism or indeed an further devolution of powers to Holyrood.

His successor, hailed upon his appointment as a smart political thinker and key architect of the Leave campaign in the EU referendum, fared little better in the role, although to be fair he didn’t have much time to make an impact.

The single strategy of the Union Unit it’s possible to identify is the ludicrous tactic adopted by senior Tories – including the Prime Minister – to miscall the SNP as the Scottish Nationalist Party. Not exactly hilarious.

Well, the Commons Speaker Sir Lindsay Hoyle didn’t laugh when Boris Johnson tried the trick for the umpteenth time at Westminster. ‘’Please let’s drop it,’’ the Prime Minister was told in no uncertain terms.

And no one laughed when former Tory Scottish Secretary Michael Forsyth tried it again on Question Time.

To be honest, if senior Tories can’t remember the correct name of their main opponents in Scotland you have to question their ability to do anything properly.

However it wasn’t  incompetence that lost Oliver Lewis his job. He fell victim to bewildering power struggles within Downing Street itself, involving Michael Gove, Henry Newman, Carrie Symonds and an array of names few outside the Westminster bubble have ever heard of.

Some sources see the dispute as a battle between Mr Gove, Ms Symonds and Mr Newman in one camp, and supporters of the Prime Minister’s former chief adviser Dominic Cummings in another.

Other observers have claimed that Mr Gove orchestrated the departure because he believed Mr Lewis was trying to wrest control of the union strategy from his brief. Of course Mr Gove denies any involvement in the affair

The most confusing aspect of this whole sorry tale is the suggestion that Boris Johnson and his cabinet even have a union strategy. There is certainly no evidence of one.

The whole mess certainly points to a bewildered Prime Minister being pulled in different directions and not entirely in control of which direction to take and a government completely at sea over why Scots are turning to independence.

All this is good news for independence supporters as the May election approaches, a crunch event in the road to a second independence referendum with the SNP vowing to call the vote if they win a majority.

With such deep divisions within the Tory party it’s almost impossible to see how Boris Johnson can hold the blatently undemocratic line attempting to block that vote. Indeed, some sources are suggesting the Tories are already planning their campaign for that referendum.

In which case we can hope they display the same tactical skills which have succeeded in turning the Union Unit into a laughing stock.