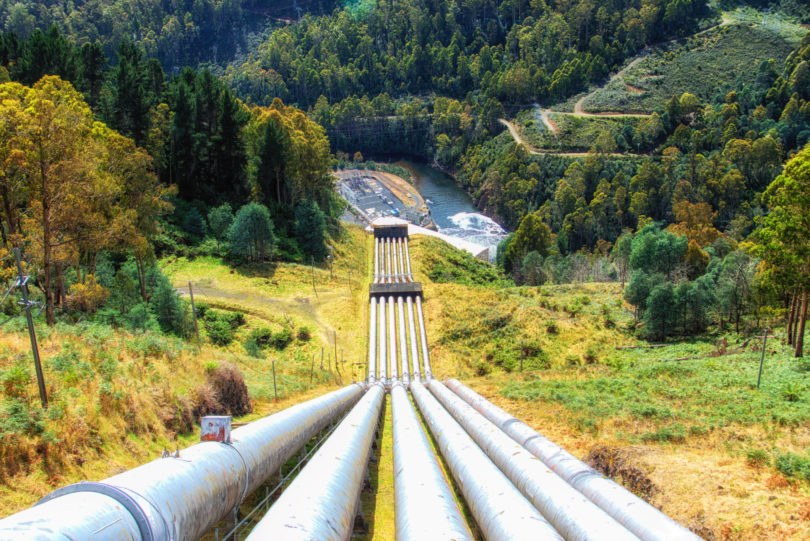 As Europe speeds its transition to renewable power, Scotland risks being left behind, tied to a right-wing UK Government.  Investment of the required scale would boost Scotland’s potential and that’s not in their game plan.  Amid the energy and climate crises, Westminster is instead finding time to entertain new propositions from virtually untaxed big oil and the nuclear industry – even proposing new nuclear power stations for Scotland.

Instead of arguing over outdated nuclear technology which takes decades to build and cost massively more than alternatives, an independent Scotland could be focused on becoming a renewables powerhouse. It can harvest more than enough energy from wind, tidal and solar power to meet all of its needs and more – but it is being held back by UK Government policy.  Scotland is part of a UK-wide energy network and the Scottish Government can do little to change that without independence.

The situation in Ukraine is understandably focusing minds on energy security, but the climate crisis has not gone away – heat waves at both the north and south pole are alarming climate scientists. Both are upwards of 30C warmer than normal.

In order to meet the pledges made at Glasgow’s COP 26 to keep global warming at 1.5C, Scotland and other countries will have to do more – not take steps that will make the situation worse or waste time.

The fastest way to increase energy production and security is to increase renewables. Onshore wind is relatively cheap and quick to install. Solar panels are improving in effectiveness. Tidal power is emerging as a powerful new source of power – by 2030 it will be cheaper than nuclear in generation terms and won’t entail the danger and cost of decommissioning and waste storage.

Norway and other Scandinavian countries make much better use of pumped hydro energy storage to even out peaks and troughs in supply.

Renewable Electricity is the future

Although Scotland already produces the equivalent of 97% of its current electricity needs, ditching gas for heating homes and moving to electric cars will mean it needs a lot more.

It used to be more expensive to heat homes with electricity than gas – but in the future it will be cheaper. Homes will be more energy-efficient. Renewable forms of heating such as ground pumps and solar power, and even new night-storage radiators and better insulation will make it easier to keep homes warm.

The price of electricity is driven right now by the rising price of gas. That may change. The UK network is also not geared up to smooth out the ups and downs of demand. That means it has to pay extortionate spot prices at peak times when it needs a surge of power.

Norway uses pumped storage – essentially pushing water up hill when the wind is blowing – as a store of energy. That evens out the ups and downs in supply, and demand, and creates a more manageable price structure.

Scotland was once a world leader in these types of hydro schemes but the way the UK energy market is regulated has slowed development here.

The UK Government has failed to put in place any market incentives to build pumped storage in Scotland. There are two projects near Loch Ness which have been granted permission by the Scottish Government, which would more than double the entire UK’s pumped storage capacity. A third, at Loch Awe is at the proposal stage.

But developers have not yet started work on any of these. For a business to embark on a big infrastructure project like this, which will take many years to build and use, usually requires Government incentives. The UK Government is coming under pressure to provide this – but an independent Scotland could have done it years ago, when Norway started its projects.

The UK Government has instead put in market incentives for connections to European power markets – that is largely how the UK network deals with peaks in demand. However this approach exposes energy providers to the fluctuation of global prices.

For the businesses that create and run these connectors, the regulator sets a low cap and a high cap – the connector companies are guaranteed a minimum price and anything they get in above the maximum cap goes to the UK Government.

A cynic might say that the downside – for the UK Government – of a similar scheme for pumped storage is that it could create another income stream for Scotland and reduce Scotland’s nominal ‘deficit’ which is the strongest argument the Unionist lobby has.

Scotland needs to put in place more onshore wind, more tidal and solar. But the UK Government has not put the kind of push factors in place that would be required to increase investment from the private sector.

Tidal power is still at an early stage but has huge potential and could supply 20% of energy needs. Scotland has a large portion of Europe’s available tidal power. But the UK Government’s ‘Contract for Difference’ scheme makes marine projects compete against other, more established forms of renewable energy for all but a relatively paltry sum.

Despite this, The #EnFAIT project at Nova’s Shetland Tidal Array has demonstrated a 30% reduction in the cost of tidal energy and this is predicted to reduce even further.

When it comes to solar power, Scotland lags behind Wales, Northern Ireland and Denmark who all generate much more significant amounts of energy from the sun. Solar panels can be a useful micro-renewable which can be used by individuals and businesses. Banks of solar panels in fields can also generate income for farmers.

Onshore wind is one of the most cost-effective and established methods of generating power.  But when developers find suitable land which is often on former grouse moors, which were cleared of people for wealthy men’s sport, they often have to spend years fighting conservation charities who don’t like the look of wind farms and believe the land they see as “wild” should remain as it is.  But reducing the degree of global warming is vital to protect the Scottish countryside. Polls also show it has widespread support among Scots.

Scotland has so much potential to be a renewable electricity powerhouse. It is a tragedy that it is being held back by a right wing Government which is not committed to maintaining the climate pledges it made at Cop 26. Instead, politicians at Westminster are wasting time and resources on plans to increase fossil fuel production and also nuclear power which is slow, expensive and causes problems for future generations. That approach is counter-productive. In contrast, a raft of European countries have made announcements in the last couple of weeks showing their resolves to push ahead in the transition to green energy.

It would be much easier for an independent Scotland to keep pace with the EU, making the vital market and regulatory changes that will be needed to boost the production of renewables. Without independence, Scotland will be left behind.