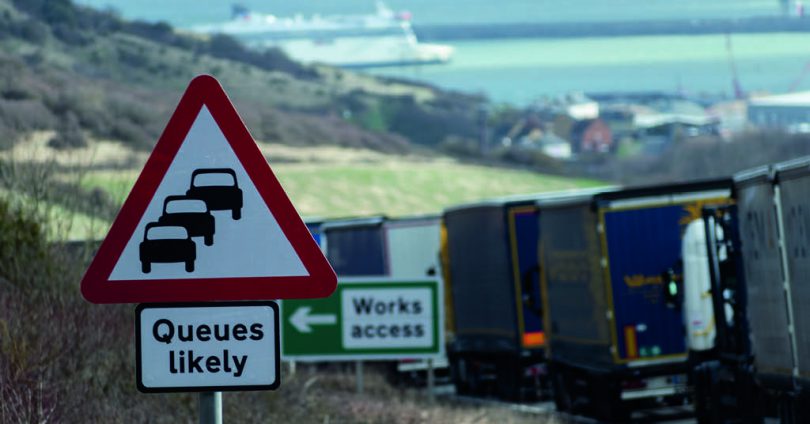 As hauliers brace themselves for significant new problems in transporting goods from Europe, it has emerged that Britain’s chief Brexit negotiator had put the cost of leaving the EU at £1,500 per person as long ago as 2015.

Lord Frost is currently one of the hardest of the Brexit hard-liners in the UK cabinet. He is currently taking a determined stand on the Northern Ireland Protocol in negotiations and threatening to trigger Article 16 to effectively suspend it. 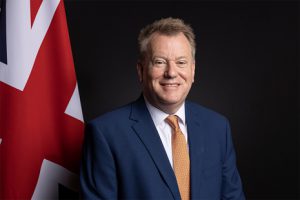 Lord Frost … a different tune on Brexit in 2015

But before the 2016 EU referendum, while a lobbyist for the drinks industry,  Lord Frost struck a notably different tone. He told a Scottish Parliament committee in 2015 that the “single market and single trade policy” were major benefits of EU membership.

“When we get to the referendum, I hope it is a real debate about everything that Europe offers. You mentioned quite a few of those things: I would add the single market and single trade policy to that,” he told the committee.

“Although estimates vary about how much wealth the single market generates for the UK, since we joined, it’s probably in the order of five, six, seven, eight per cent uplift to GDP.

“For somebody on an average salary that’s about £1,500 a year. Most people think that that’s worth having. I think when you put it in those terms, there’s a clear benefit, that because we don’t see it every day, we’ve kind of forgotten about it. But it is there, and we’d begin to lose it if we weren’t part of it.”

In comparison the economic boost to Britain from signing free trade agreements has been tiny.

Lord Frost’s estimates from before the referendum appear to have been accurate. The government’s Office for Budget Responsibility now estimates that Brexit will cost the UK around £1,250 per person in the coming decades.

In comparison the economic boost to Britain from signing free trade agreements has been tiny. An analysis conducted by the University of Sussex UK Trade Policy Observatory for The Independent this month found that post-Brexit trade deals will make up at most £7 of that lost £1,250.

However in a speech last month Lord Frost argued that a hard Brexit was “essential”. He told an audience in Lisbon: “History shows us that it is genuine competition – regulatory and commercial – between states which has typically been the most reliable driver of innovation and progress.”

The revelation of his 2015 comments comes as freight companies have been telling MSPs of their dismay at new customs controls at the UK border which will begin in the new year.

They will require full customs declarations on goods coming from the EU to the UK from January 1 … and more post-Brexit border controls will be phased in later in the year.

Figures in the logistics and transportation industry today told the Scottish Parliament’s Economy Committee the initial change will lead to “quite a lot of bureaucracy” for hauliers.

Robert Windsor, of the British International Freight Association, said: “The customs changes coming in on January 1 are very significant. In effect, you are seeing the UK reimposing full customs controls on all goods coming from the European Union into the UK.

“My view and the association’s view is these are more significant impacts on the UK as a whole than what we saw on January 1 this year.”

Bryan Hepburn, operations manager with logistics firm DFDS, said:  “We view the whole thing with just a kind of exclamation of dismay.”

He said he hope the changes will not lead to the bottlenecks at ports that he has experienced recently. He said seafood being transported to continental Europe from Scotland may be affected.