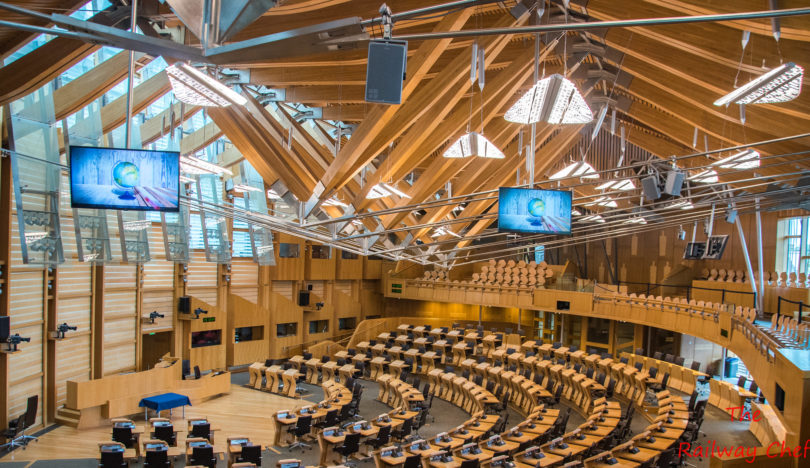 Last week, Scottish Government ministers again donated their pay rise back to the public purse in a voluntary pay freeze – Westminster’s politicians took theirs. That raised a question – how do the costs of Scotland’s two Governments compare more generally?

Many Scots are angered by the existence of the House of Lords. Its 800 plus unelected members like Evgeny Lebedev and Peter Cruddas now have more right to debate and amend legislation that affects Scotland than the Scottish Parliament does. It also costs about 25% more than Holyrood every year to run.

The cost of Scotland’s iconic Parliament building was denounced by opponents of devolution as too high at £400 million – but renovating Westminster could cost £22 billion and take 76 years. Scotland’s population share of the bill could be up to £2billion.  If Scottish MPs leave for good before the work starts, that could reduce the cost for both Scotland and the UK.

How much does Westminster cost to run?

The annual running costs for the last year before the pandemic 2018-19 was, according to the Institute of Government more than £560 million.

During the pandemic, the House of Lords was largely virtual which made its accounts unrepresentative. In 2018/19, the House of Lords’ costs went up by 25% to £120 million, partly because it sat for more days but also because of its growing size – it now has more than 800 unelected legislators, now appointed with few checks and balances by the Prime Minister.

Most peers don’t get paid a salary – they charge expenses for the days they show up, and the average cost of a so-called ‘Lord’ is £30,000. But many cost a lot more than that – The Sunday Times revealed that in that year, some claimed around £80,000. Billionaire Swraj Paul, a regular on The Sunday Times Rich List, claimed almost £50,000 despite speaking only once.

Scotland’s most expensive peer in that year was, according to the Ferret, Malcolm Bruce the former Liberal Democrat MP who claimed almost £60,000.

The cost of paying MPs’ salaries and expenses – and those of the staff that they employ – constituted over 40% of the total costs associated with running the Commons, more than £180 million out of around £440 million, also in the year before the pandemic. That will be higher this year with pay rises and rising staff budgets.

The Independent Parliamentary Standards Authority announced earlier this month that it was boosting MPs’ salaries by £2,212 a year, in a move that will see their pay packets rise from £81,932 to £84,144 from 1 April 2022.

In the year before the pandemic, Holyrood’s combined revenue and capital budget came about 25% below that of the House of Lords at £95 million. A detailed break down shows what that was spent on.

Boris Johnson earns approximately £165,000 for his role at Westminster. He said that he opposed a rise for MPs this year in the current climate – but he has not indicated he will operate a voluntary pay freeze.

A huge cost is coming down the line to retrofit Westminster

The Scottish Parliament’s iconic building famously cost £414 million and took around 4 years to build. It was regarded as expensive because of a back-of-an-envelope target figure of £40 million that was made much of by opponents of devolution.

The scale of the renovation of the Palace of Westminster puts that in the shade. It could cost as much as £22billion and take 76 years to complete.

The Victorian building is in dire need of major works to fix its crumbling infrastructure, faulty wiring, poor energy efficiency and rodents. Rats are a perennial problem for the House and have even been filmed fighting for scraps on the Commons Terrace.

If Parliament were to decant from the House for 20 years, it would enable the work to be done more cheaply. If Scotland’s MPs were to leave before it starts and not return it would reduce the costs for all.

An independent Scotland would not have to fund Westminster

Scottish independence would break the link between Scotland and Westminster for good.

That would save the people of Scotland from bearing the cost of the House of Lords, which is increasingly Scot-free, now that most MPs support independence and don’t participate. It would also mean Scotland is not charged for approximately 10% of the cost of renovating the Houses of Parliament.

An independent Scotland would be closer to its elected Government, a Parliament that it elects by proportional representation. Holyrood would be able to make decisions that are closer to the wishes of the Scottish people – a model that we see working well for our independent neighbour Norway.