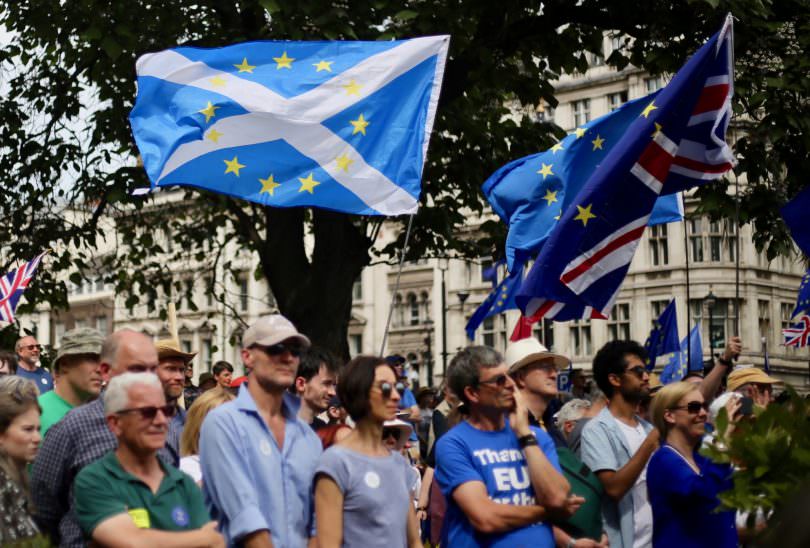 The result of a second EU referendum would be a foregone conclusion, right? People are turning against Brexit in their droves. That’s what the media are telling us – but this is not a fact.

The truth is we just don’t know the outcome and my gut tells me that another Leave vote is likely. Let’s gloss over the fact there isn’t enough parliamentary support to pass a People’s Vote (PV) and both Theresa May and Jeremy Corbyn want Brexit to happen. Or at least “don’t want one unless they can fix the question”.

It’s clear that the UK withdrawing Article 50 (cancelling Brexit) would mean going back into the EU with no influence, no friends and having generated a great deal of mistrust.

The Westminster political elite has destroyed our relationship with the EU, and so any future membership would never be as advantageous to the UK as it once was.

All of this is ammunition for Leave campaigners in a PV who could also claim the EU bullied the UK and humiliated the PM in the negotiations, which is actually more credible than their winning 2016 message. However, the reason Remain won’t necessarily win is that there is a good chance that Remain wouldn’t actually be on the ballot.

The only way to get a PV through Parliament would be to allow all the various factions their favoured option on the ballot paper. Here are the likely multiple options: 1) cancel Brexit and remain; 2) ratify Theresa May’s deal and, 3) no-deal Brexit. There is a fourth option of asking the EU27 to negotiate a Norway-plus deal, direct to EEA not EFTA. What is clear is that the EU won’t renegotiate the backstop. However, the UK requesting a delay to negotiate single market and customs union membership would be workable as the backstop would become redundant.

This would mean that a future independent Scotland in EFTA or the EU would be able to have frictionless trade with the rUK (whilst still proving the damage of Brexit which justifies a second independence referendum). That’s why the SNP are pushing that option.

However, this will not make the ballot paper as a majority in the Parliament would have to vote it through as an alternative to a second referendum in order for the EU to extend Article 50 and negotiate.

A multi-option referendum would likely offer just three options that voters rank first, second and third choice. A method being proposed for this is the Condorcet Method, where the winner is the option that wins a head-to-head majority against the other options, only fair given there are two Leave options.

However, it is also why it looks like Remain is the most popular in every poll. The most recent YouGov poll puts Remain ahead of no deal by 52% to 48%, still too close to call, but it favours Remain meaning we won’t be offered that referendum. In a direct comparison between both Leave options, deal beats no deal by 65% to 35%. However, when Remain go head to head with May’s deal they are locked in a dead heat at 50-50.

May seems to have a plan. I have heard from a Tory insider that when she realised that her deal wasn’t going to float she unofficially had her whips sabotage support for it and that the only one of the three early December votes she didn’t want to lose was the contempt one, as she needed an excuse to delay the vote.

Another Westminster insider has told me that May then encouraged supporters to lodge letters with the 1922 committee to force a leadership challenge that she knew she would win, thus meaning she can’t be challenged again for a year. Her thinking being is that after she loses the meaningful vote in January she wouldn’t then win a January motion of no confidence.

She didn’t get to be Tory leader without advanced Machiavellian tendencies and now she hopes to use the dual threat of a General Election or a referendum where Remain has a 50% chance of winning to bring Brexiteers of all parties around to supporting her deal, and she might do it. This is where it gets interesting. There is another number we need to consider: if a People’s Vote happens, Scotland would now vote at least 65% Remain and I expect actually 70%. Given the UK is 50-50 overall if you remove Scottish Remain votes, that means England will still vote for a Leave option.

So Scotland’s Remain votes could force England back into the EU against its wishes. That wouldn’t bother anyone though as we vote as a whole UK and not as separate nations, right? At least that is what they said when Scotland voted a different way? I call that the Schadenfreude Scenario after the German word for taking undue pleasure in an other’s misfortune.

Added to all this confusion is that alongside an incompetent PM working only in survival mode we have an inept official Opposition. Corbyn doesn’t want a motion of no confidence in Government because he would have to explain his party’s position on Brexit and he is even more delusional than May about what he can negotiate.

He really wants Brexit to happen to then blame it on May and force a General Election. His biggest problem however is that Labour MPs with northern English constituencies, where Labour supporters are Leavers, might rather support May’s deal than face a second referendum.

What Corbyn really doesn’t seem to understand is that there is no pause button. If he wants an extension to the withdrawal timeline to avoid a no deal the EU would have to agree and they would want to negotiate Gibraltar and fishing rights at least. Under any party of government the UK can’t renegotiate Brexit, but Norway Plus (direct with EEA) is a possibility. However no option commands majority support and so there is zero chance of a decisive referendum win for anyone – this would generate political civil war in Westminster.

For Scotland, with or without Brexit, a second independence referendum is on the cards and without Brexit it might even be easier.