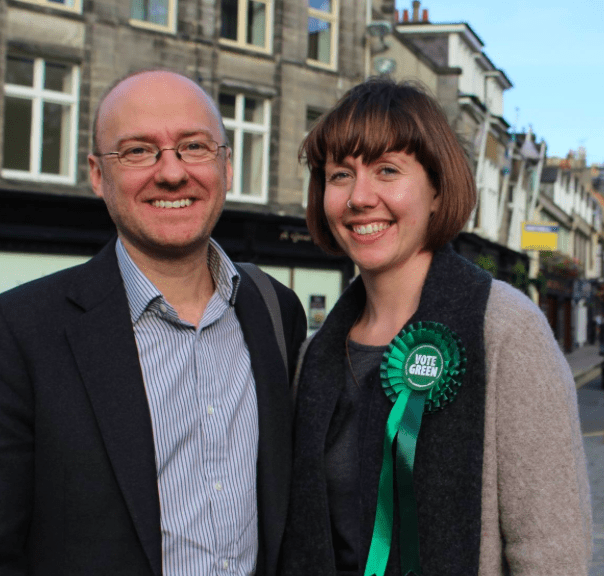 THIS will be the year when the new political and economic enlightenment that has been slowly emerging will gain traction, becoming part of the mainstream debate not just in Scotland, where we are ahead of the game, but throughout Europe initially and then the rest of the world.

We tend to view the changing structure in Scottish and UK politics as unique to our situation, but its not, its part of a wider progressive and creative awakening that is evolving at different speeds across the western world.

Independence movements are being seen across Europe, such as Catalonia, Veneto and Corsica

Localism is a growing trend that helps drive the independence and devolution movements in several European ‘nations’ – Catalonia, Veneto and Corsica to name just a few. Modern communications and interconnectivity mean that the Westminster model of centralism and geographic concentration of power, finance and population are an old-fashioned, outdated and an inefficient constitutional approach for which Westminster and in particular the House of Lords present a perfect case study.

Environmentalism, the global concern put aside as we dealt with or maybe just worried about the economic crash, will make a comeback as a key political concern.

This will open up new commercial opportunities for sustainable business. Westminster’s irresponsible approach to cutting support for Scotland’s renewable energy future in favour of supporting England’s (French owned) nuclear future. The Scottish Greens will champion this cause and benefit from it as they get their well deserved six-to-nine MSPs and begin to occupy the Lib Dems’ former position as a credible alternative opposition party. 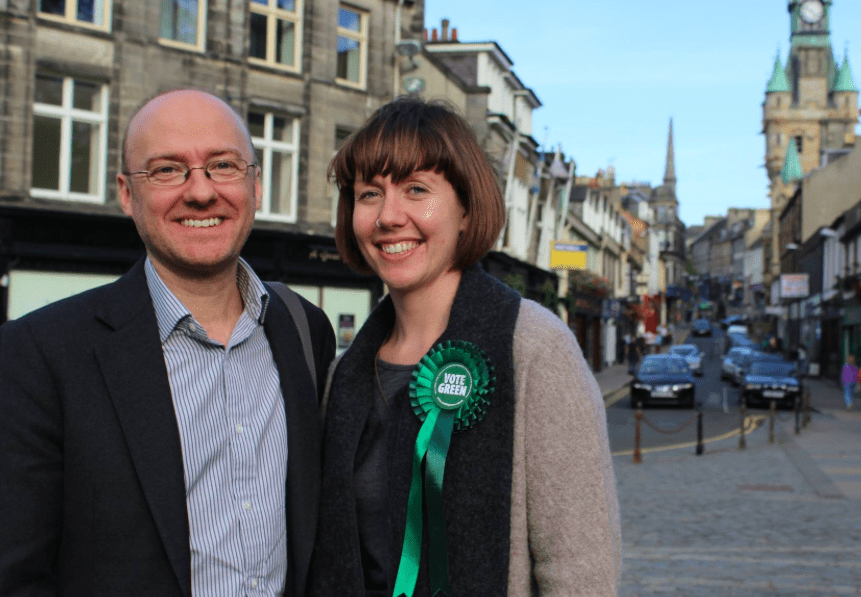 Scottish Green Party candidates Patrick Harvie and Zara Kitson, with Zara 2nd on the Greens Glasgow Regional List is May her chance for a seat in Holyrood?

May’s Scottish elections will demonstrate that the Lib Dems are going the way of the Whig party and may well be forgotten within a generation with many former supporters finding a new home with the Greens.

In 2016, the emerging economic zeitgeist will be that economic equality and shared prosperity are key drivers of economic growth. The new economics will underpin an emerging understanding that economic growth and social fairness are not mutually exclusive. In fact each empowers the other and if you can’t optimise the percentage of the population that are economically active then the economy stalls.

Even the Tories are showing a basic understanding of this by raising the threshold on earnings that you pay tax on and introducing their Living Wage (Yes I know its not a REAL Living Wage but its a start), which indicates that even the Tories understand that low wages and low disposable incomes are a drag in the economy.

Big government had to bail out the banks and its obvious to all free thinkers now that completely free markets (although technically there is no such thing) lead to complete freefall. The right-wing economic canard that the key to growth is small government and low wages has been exposed. When wages fall below the level of the Living Wage, government has to intervene with housing benefits and a range of expensive tax credits and that means big government is effectively subsidising low wages to the tune of £11 billion a year (£1bn a year in Scotland). 2016 will see wages rise at the bottom end of the scale faster than for a decade but it won’t be enough to close the gap and boost the economy as most will use additional spend to deleverage personal debt that is creeping too high and again undermining the economy.

I also see the beginning of the end of the influence of conservatism (small c) in politics; fear of change, adversity to innovation and progress, harking back to traditional values has infected the entire political spectrum. Labour are in trouble now not because they campaigned alongside the Conservatives in 2014, the problem was Labour’s referendum campaign proved they were more conservative than the actual Conservatives. The Tories genuinely fancy their chances of being the official opposition at Holyrood, I think they will fall short but may win one or two first-past-the-post seats due to Liberal and Labour tactical voting in the borders (the Conservative alliance).

The far left has seen a revival on social media and found its voice again but I suspect they will gain no seats at Holyrood, despite Rise fielding the most credible list-toppers from the left in a generation. The problem for the socialists is that they are also conservative (c) – harking back to a system of government that has never worked – but with the Tories in government at Westminster they have a role to play.

Labour may actually fail to win a first-past-the-post seat in May and they continue to confuse with their policies. Their new first-time buyers’ bonus is just a sop to the middle classes and if implemented would push up house prices and become counter-productive.  The additional help of a £3,000 deposit would only be accessible to those that can afford houses and the rest of the deposit in the first place, so a lot of middle-class parents would end up using it to help their kids buy a flat when they go to university, meaning it won’t help the people who most need help.

If they really want to help young people secure homes, then encouraging investment in affordable-but-quality housing and social housing is the way to go and following criticism of the £3k sop they quickly said oh yes and we will build lots of affordable and social housing too – but that would be more believable if the reality of their track record in Government wasn’t diametrically opposed to the new promises.

There isn’t a hope in hell that Labour will get the chance to implement the policy anyway but who are they targeting with it? Presumably young people, who are, according to some polls, massively committed to the SNP and independence, many of whom would see the £3,000 deposit help swamped by Labour’s introduction of tuition fees. Or possibly they are targeting those middle-class former Blairites who hold the key to keeping the Tories out of second place. Either way Scottish Labour seem lost in a policy wilderness and trapped in a negative campaign stained by the bitterness of an overwhelming defeat they didn’t see coming and still can’t adjust to.

The EU question will come more into focus and once Cameron presents his smoke-and-mirrors EU deal as a Battle of Britain-style victory he may decide to go early on the EU referendum (September?). Barring some major external shock Scotland will vote to stay and the UK will vote to leave.

Polls suggest Nicola Sturgeon set to be FM again after May

This will mean that if Scotland wants to seamlessly maintain its EU membership then a second independence referendum before the UK leaves the EU would be advisable, in 2020 or before. Our First Minister knows this, and that and her wish to motivate the Yes movement is why she has re-emphasised independence as key to the Holyrood campaign. But expect the SNP manifesto referendum promise to be heavily caveated to offer her a way out if she feels she can’t guarantee victory.

That decision will be driven by events external to Scotland, such as a possible UK housing market crash in 2017 and the fascinating possibility that Cameron may go early with the EU referendum, lose, be forced stand down and then the new PM, Boris Johnston, will call a snap election and bury Corbyn before he gets to grips with the Labour party and moves it away from its mistaken conservatism.

Oh, and did I say that The SNP will win an enhanced majority and that support for independence will touch 55 per cent during the year, just high enough to give Nicola pause for thought?