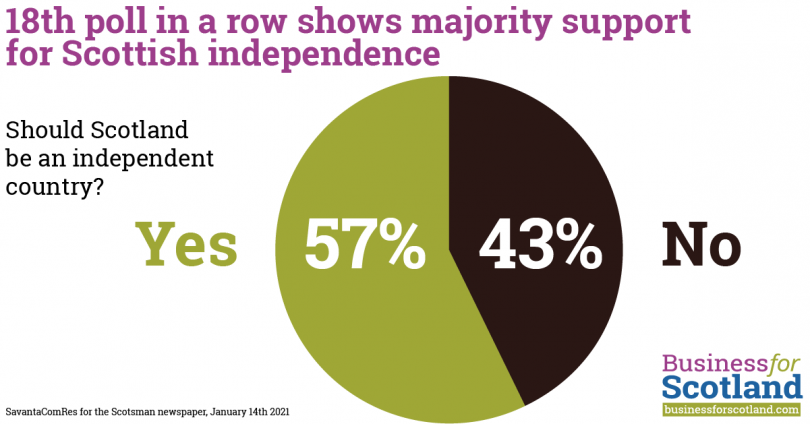 The poll by SavantaComRes for the unionist leaning Scotsman newspaper is also the 18th poll in a row to show majority backing for independence.  The 57% Yes finding is 1.5% higher than the average for polls conducted by SavantaComRes in the fourth quarter of 2020 and sits only 1% below the record highs of 58% found first by IPSO MORI in Early October and again by SavantaComRes in early December 2020.

SavantaComRes interviewed 1,016 adults in Scotland aged 16 or over online between January 8 and 13 for this poll.

That is close to a record low for the No vote. The relatively high 10% undecided figure shows that there are many votes still to campaign for. However, even if all of those ‘undecideds’ voted No, Yes would still win.

Looking ahead to the Scottish elections in May the survey examined support for the parties. It found:

On the list vote the Conservatives lost ground to Labour with:

This means the SNP would have a majority of 13 seats,  a carbon copy of the party’s 2011 majority that led to the 2014 independence referendum. The Greens would add another 11 votes in an independence dominated parliament.

Link to the Scotsman article 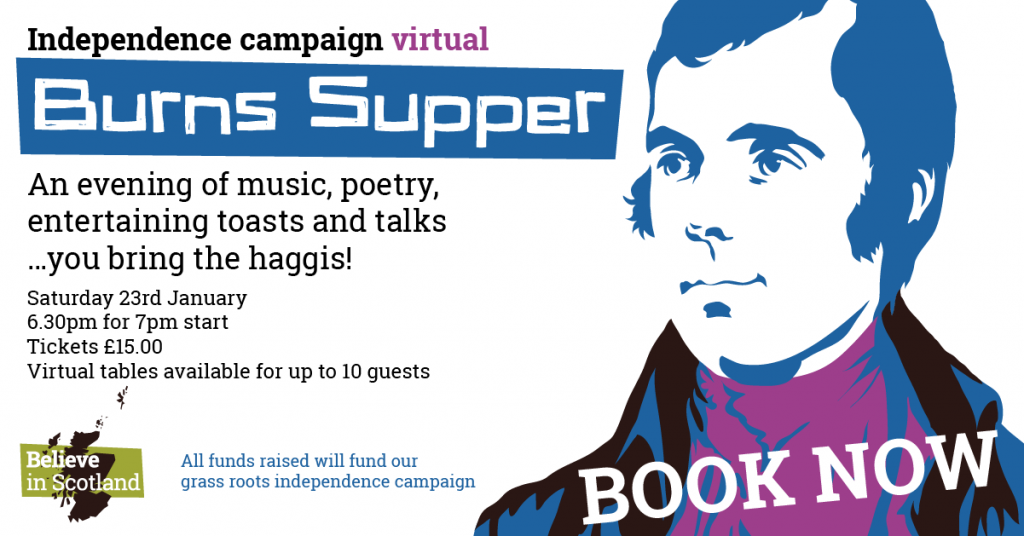