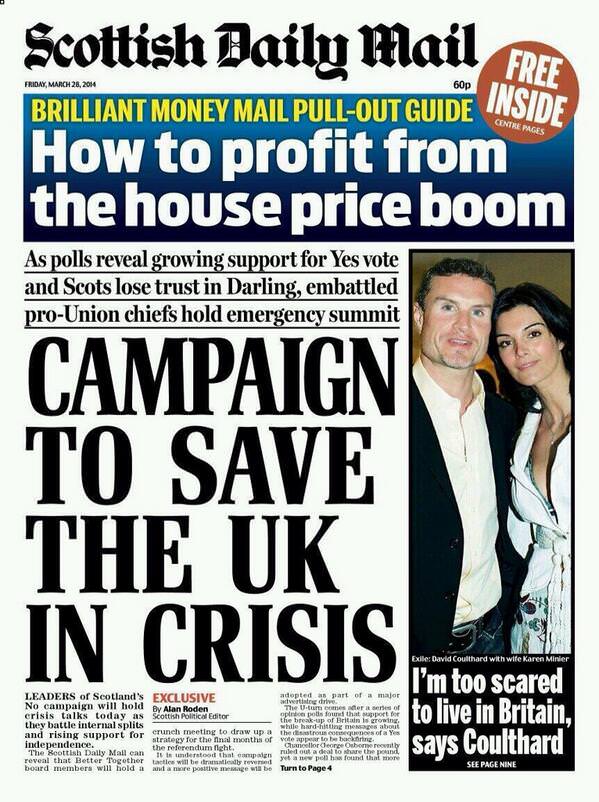 On Tuesday over 100 businesspeople attended the latest Business for Scotland Glasgow event. A substantial number of undecided voters moved towards supporting independence with the economic facts and figures.

Business for Scotland will continue to expand its events across the country.

An opinion poll from YouGov continued the trend of an increase in support for independence. Electoral analyst Professor John Curtice called it “the best sequence of results for the Yes side yet”. This places the Yes Campaign in a strong position for the crucial months of the official campaign period. 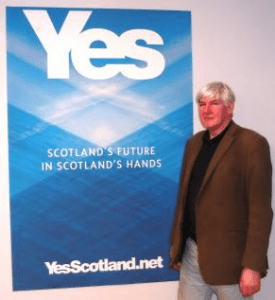 On Tuesday, the former Chief Executive of the Scottish Liberal Democrats Andy Myles announced he would be supporting independence.

“After spending much of my adult life trying, genuinely, to improve government in the UK, I have come to the conclusion that there is a much better chance of bringing power closer to the people in an independent Scotland.”

This is another example of how support for independence involves members from all political parties, as well as those with no political affiliation.

(And then on Friday Dennis Robertson Sullivan, a former treasurer of the Scottish Liberal Democrats, also announced that he would be supporting independence.)

Scottish and Southern Energy, Scotland’s largest energy company, said that “a single energy market in Great Britain would be the most likely outcome in the event of a Yes vote”.

This agrees with the White Paper position that energy market arrangements would continue after a Yes vote.

This left Westminster’s Energy Secretary, Ed Davey, on the back foot. He somewhat surprisingly suggested the company plan “goes against all commercial logic”.

An imbalanced report on the independence referendum by the CBI in London was widely criticised across the Scottish media.

The report presented a one-sided assessment of Scotland’s economic future under independence, despite conceding that Scotland is the 3rd wealthiest area of the UK. A full response to each section of the report was published on Business for Scotland.

John Cridland, Director of the CBI, refused to outline any consultation with its Scottish members in an interview with Scotland Tonight.

Terry Murden, the Business Editor at the Scotsman newspaper, said it was a “Major failing for CBI that it did not consult Scots members on #indyref”.

In response, Gordon MacIntyre-Kemp, Business for Scotland Chief Executive, dismantled the CBI’s  arguments and set out a positive economic case for Scottish independence, saying that independence is the business opportunity of a lifetime. 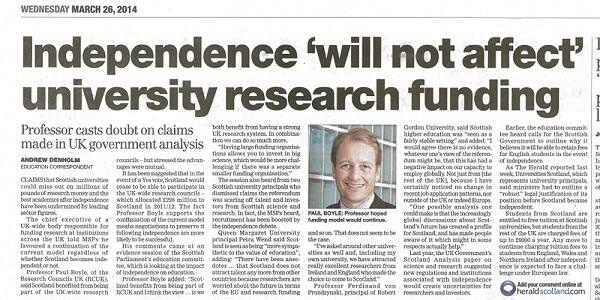 The Herald also reported that “Independence ‘will not affect’ university research funding”. The chief executive of the Research Council said he favoured a continuation of the current model if Scotland votes for independence. Professor Paul Boyle stressed that benefits of research services were mutual. 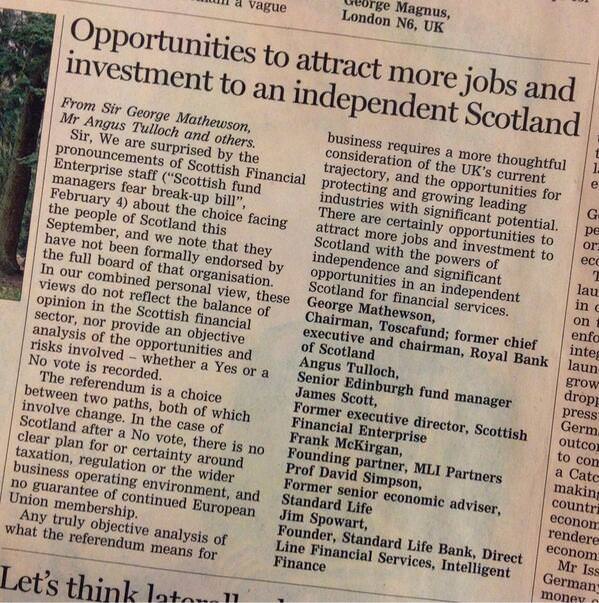 In the Financial Times leading figures in the financial services sector joined together to support independence.

The letter said “There are certainly opportunities to attract more jobs and investment to Scotland with the powers of independence and significant opportunities in an independent Scotland for financial services.”

The front page of The Herald highlighted further criticism of the No Campaign from Westminster politicians. Lord David Steel warned that London ministers should not go to Scotland “just to bash the Nats”. This follow previous criticism from his Liberal colleague Charles Kennedy that the No Campaign was failing voters with its negative message. 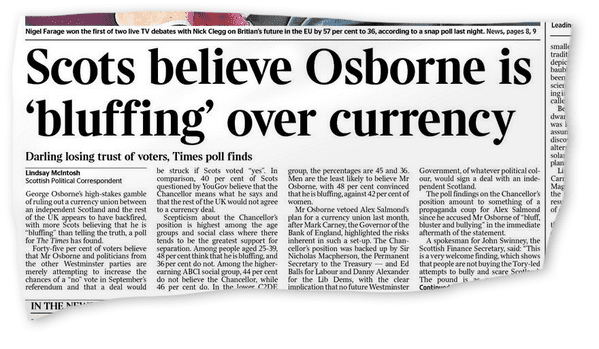 A front page story on a poll by The Times found that “Scots believe Osborne is ‘bluffing’ over currency”. The Times reported that “Osborne’s high-stakes gamble of ruling out a currency union between an independent Scotland and the rest of the UK appears to have backfired, with more Scots believing that he is ‘bluffing’ than telling the truth”.

10) Boost on North Sea as company welcomes vision of independence

EnQuest, a top North Sea operator, criticised Westminster’s tax regime as no longer fit for purpose and “welcomed” the financial prospectus on Scottish independence. The company also confirmed that it would continue to invest in operations in an independent Scotland. 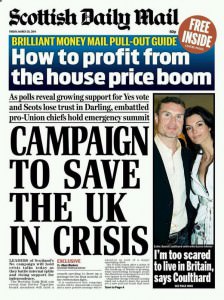 11) Campaign to save the UK in crisis

Today The Daily Mail highlights growing dissatisfaction with the No Campaign’s negative approach.

12) Scotland can keep the pound